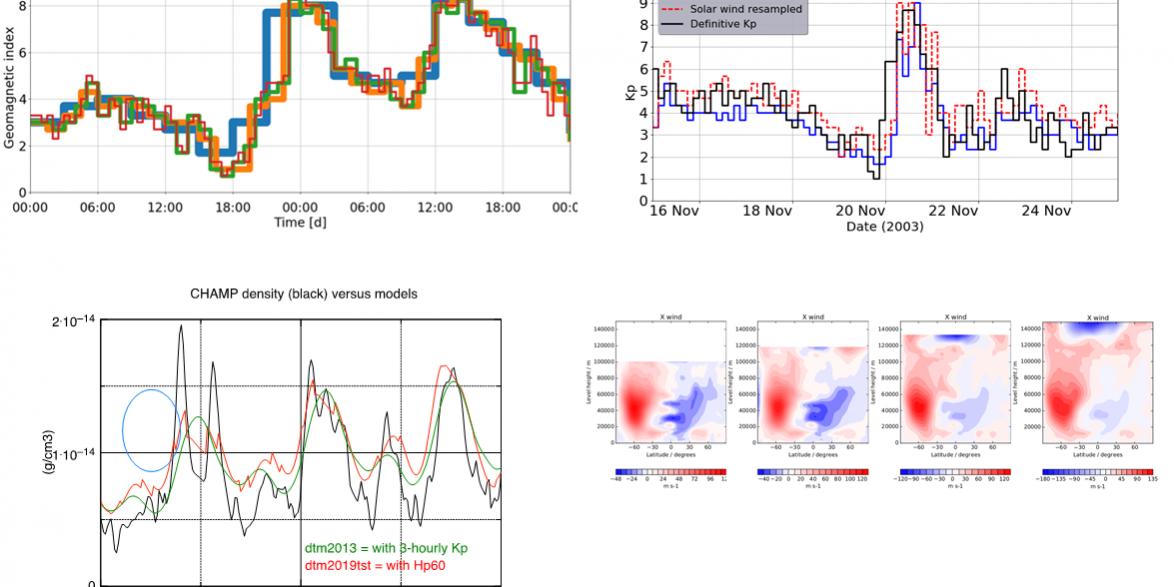 The third SWAMI progress meeting took place at the Met Office from 24-26 June.

The Advisory Group (NOAA, UCAR) attended to discuss the advancement of the project at the midway point, and provide guidance and recommendations for success.

New geomagnetic indices are being developed at GFZ, which are constructed with the same data as Kp (i.e., magnetometer data from 13 observatories). However, the cadence of these indices is higher than that of the widely used Kp, namely 30’, 60’ and 90’. Good progress has been made with the computation and forecasting of these so-called Hp indices, and a test dataset of 2 years will be made available this summer. The figure below shows an example of the Hp indices and Kp, for the September 2017 geomagnetic storm. 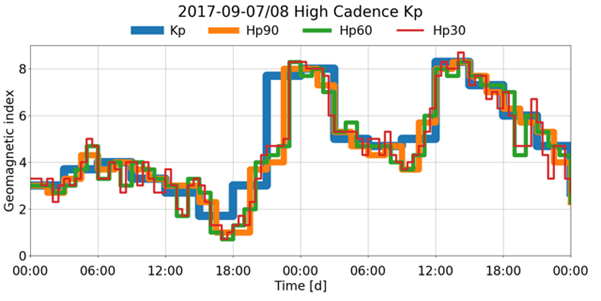 Work was also reported on developing Kp forecast based on neural network and feature selection methods. This work will also be extended to the Hp indices. Forecasts up to 12 hours ahead are slightly more accurate than forecasts produced by other teams. The figure below shows the results of two forecast models based on solar wind data. The so-called resampled model, which is using a data rebalancing technique to improve forecast performance for high activity levels, is more accurate and reproduces the storm conditions well. 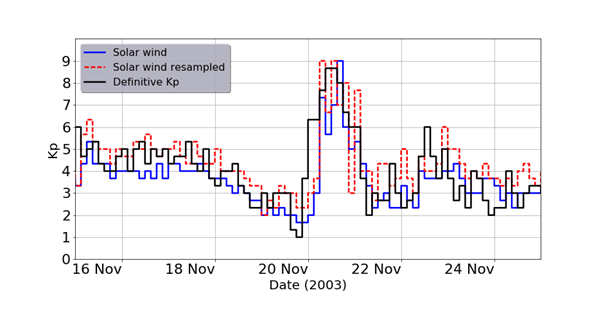 The semi-empirical model DTM2013 is being updated, and presently a preliminary version based on more density data as well as the new 60’ Hp index (Hp60) is under development. Storm-time performance is already improved and progress looks promising. The optimum way of taking advantage of the new, higher cadence geomagnetic index is being studied and the definitive model, DTM2019, is expected to be ready by the end of the year.

The figure below shows the effect, even if too slight still in this test model, of using the higher cadence Hp60 index (red) instead of Kp (green) in the model: the double peak in the CHAMP densities is now also visible in the model density. 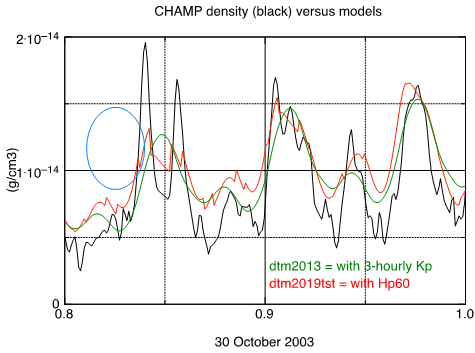 The Met Office’s Unified Model has been extended upwards from 85 km to 150 km at present. We aim to extend to 170 km, and so far progress is very promising. A non-local thermodynamic equilibrium (non-LTE) radiation scheme necessary for the Mesosphere-Lower Thermosphere (MLT) region has been successfully implemented and tested. Good progress has been made to include extreme and far ultra-violet wavelengths. The figure below shows cross sections of zonal winds with progressively higher top model boundaries, going from 100km to 150km. This shows that the UM top boundary can be successfully extended up to 150km, by including non-LTE radiation, a nudging to a thermosphere climatology, and some vertical damping.

The Advisory Board were in attendance and were impressed with the quality and quantity of the research presented. They also provided very useful advice on planning the next stage of the project